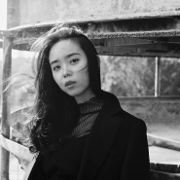 Sakura Tsuruta is a Tokyo-based electronic music producer and DJ, whose works expand upon her cultural and musical boundaries. She is best known for her productions with intricate blend of dark and ethereal sounds and her unique DJ style that intertwines rhythms and harmonies from around the globe, always keeping the crowd on its toes. She continues to live up to her hype in the underground music scene in Tokyo, constantly challenging stylistic and creative boundaries whilst making guest appearances on international radio platforms such as NTS and Red Light Radio. 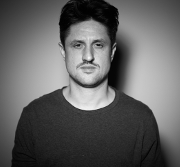 In a troubled Serbia of the 90’s, Marko and his buddies built one of the most vibrant club scenes in Eastern Europe, the one that inspired writers of Mixmag, The Face, DJ and NME to write accolades many moons ago. The word soon started to spread beyond the boundaries of Serbia and the club scenes in neighbouring countries became aware of Nastic’s unparalleled DJing skills and his distinctive three-deck style.

Marko has since matured into a DJ who cannot be labelled as purely techno, house or minimal; he’s all of that, and more. Marko was a member of the original Recycled Loops crew. After that label stopped, Marko joined Valentino Kanzyani’s ‘Jesus Loved You’ and started three labels himself, Recon Warriors, which put Marko on the charts, followed by Recon Light and Traffica. Marko did his first non-European tour in 2002, which started in Brazil. Now he regularly plays gigs all over the world. 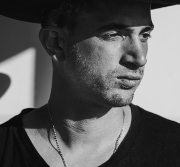 South Africa based, Israeli born Producer/DJ Dino Ben Tovim, better known as “DinoLive” and “Ben Tov” has been making waves in the local and international clubbing scene since 2013. His musical genesis traces back to his early childhood where he began playing the violin and would later go on to conquer the drums and soon after, mastered the decks. In 2013 Dino began to DJ where he played numerous bars and clubs around Tel Aviv and began to develop his signature sound of infused musical genres, incorporating traditional bongo drums and even an electronic hand drum synthesizer. He performed under the stage name “DinoLive” and released EP’s with niche underground labels such as Joy Records and Asymmetric Dip. Since moving back to Cape Town in 2015 to finish his Bachelors of Arts Degree in Sound Production at the Saeinstitute, Ben Tov has gone on to land residencies at No Name Bar, HQ, as well as the Radisson Red rooftop. He has since played at all the top House/Techno clubs in Cape Town and Tel Aviv such as Modular, Reset(Era), Tau big open air Stages and festivals such as Afrikaburn, So Happy and Voodoo, The cat and Dog, Jimmy Who, in Tel Aviv. 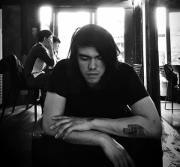 Kustikov is an electronic musician and producer based in Seoul. His work is based on the exploration of new musical ideas and techniques, from experimental electroacoustic performance, art installation to melodic pop songs. 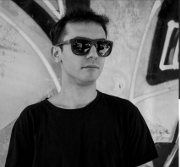 Stefan Soare is an Argentina based Producer and DJ of Techno music and its variations, Minimal and Minimal-Tech. In 2015, under his aka name Vlad Sacker, he released his first EP for Klinika Room Recordings, "Changes”. In December he signed with Oxytech Records for his second EP, "Captured in wars surviving four 4ourtek", having one of its tracks chosen in the labels “best of”.

In 2017 he made his first European Tour where he played in Rome (Sottosopra, San Lorenzo) and Berlin (Transit, Mein House Am See, Chalet...) earning new experiences knowing people listening new music and developing new skills. Earlier this year he released "Get Stuck" on Spintrack and signed with Bardo Records for an upcoming EP “Dione”. 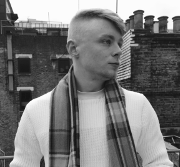 Jack Lyons is a UK music artist based in London, who started making his first beats at a young age of 13, with sampling old vinyl records using Akai MPC and a 4 track tape recorder. In his early years he exclusively played and worked with vinyl, which helped him establish the old school style in his recent performances and music production.

Now Jack is producing house & techno tracks with a heavy influence from the UK house and garage scene and had his music played on Kiss FM for a Deep House remix of “Crying over You” by Dj Masterstepz. Since then he’s been working on new material and had releases on labels such as M.I. RAW (UK), Klimperbox (AT), Double Deep Records (UK) and has recently signed with Bardo Records (SI).